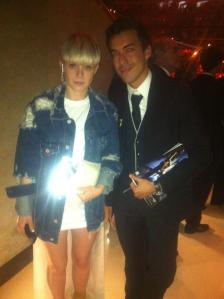 The Grammy Awards, it’s the music industry’s biggest night of the year, filled with crazy outfits, amazing performances, and memorable moments that will live on in history, and I got to be a part of it! I stood on the famous red carpet and witnessed stars rolling in. Lady Gaga draped in a black fish net veil with her long black talon-like fingernails wrapped around her ominous gold scepter. She floated by with a presence reminiscent of Jafar from Disney’s Aladdin, while Adele, breezed by, with a British flair, and a quirky laugh that filled the air. Just hours before sweeping the awards and bringing the entire 20,000 person audience at Staples Center to their feet, with her comeback performance of Rolling in the Deep. From my seat at the show, just one row behind Paris Hilton, I cheered while Katy Perry debuted her new song, Part of Me and Nicki Minaj bewildered the crowd with her elaborate theatrical number, and I wept silently while a heavy sadness filled the theater during Jennifer Hudson’s AMAZING tribute performance to the late, great Whitney Houston. All of this was such a thrill, but the real excitement began after the show. I first ran into the Dancing on My Own singer Robyn, who confessed to be packing her own snacks for the Grammy Awards. “I brought these from home,” she told me, showing off her zip-lock baggy full of peanuts. I wanted to talk to her about her snacking habits, but I had to race to my hotel, change out of my suit, and head over to the House of Blues for an EPIC after party that included the first ever live performance of Rhianna and Calvin Harris’s hit song We Found Love along with incredible sets from Sebastian Ingrosso and Deadmau5, who showed off his new LED mau5 head. An hour or so into the party, I smooth talked my way into the VIP section, where I again ran into Paris Hilton and her beau Afrojack. She actually remembered me from sitting behind her during the show, and invited me to sit and party at her table!! This was by far the highlight of my night. I spent hours chatting and laughing with Paris and her crew. I learned so much about her. Despite her reputation for being a vacant party girl, she proved to be really nice and a blast to hang out with. I felt like she was just one of my friends from back home in Florida. All in all, the Grammys were amazing, now I can¹t wait to see whom I get to meet for my next Name Droppers column.

Click the link below to check out my published article in Wire Weekly. 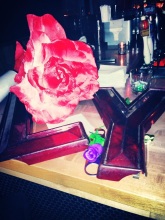 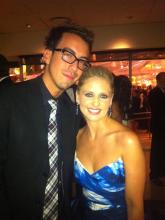 Sarah Michelle Gellar and I

Ryan Gosling and I

Dane Cook and I

Robin Thicke and I 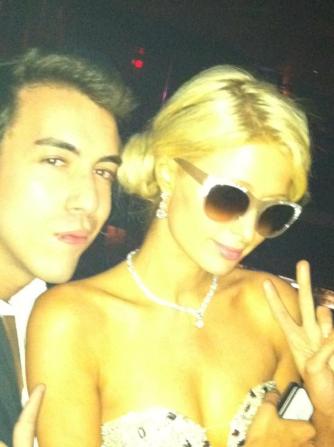 Jenna McCarthy and I 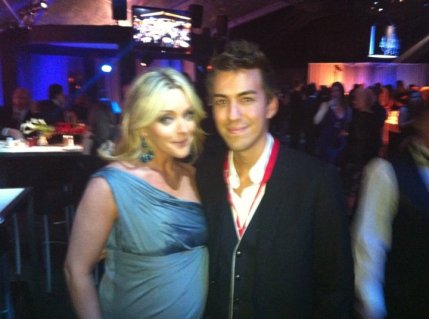 Mandy Moore and I 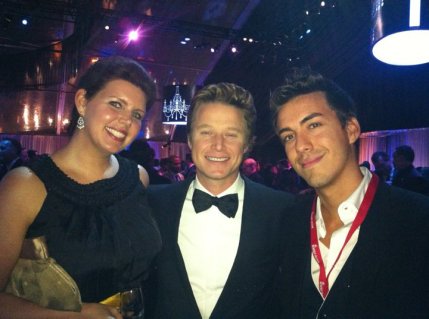 Billy Busch and I

Jason Segal and I 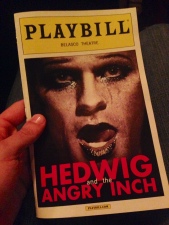 Under The Skin Poster

Adam Levine and I

Lena Hall and I 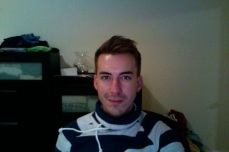 Neil Patrick Harris and I

Marquee for Hedwig and the Angry Inch